Tally can't wait to turn sixteen and become Pretty. Sixteen is the magic number that brings a transformation from a repellent Ugly into a stunningly attractive Pretty, and catapults you into a high-tech paradise where your only job is to have a really great time. In just a few weeks, Tally will be there. But Tally's new friend, Shay, isn't sure she wants to be Pretty. She'd rather risk life on the outside. When Shay runs away, Tally learns about a whole new side of the Pretty world - and it isn't very pretty. The authorities offer Tally the worst choice she can imagine: find her friend and turn her in, or never turn Pretty at all. The choice Tally makes changes her world forever.


I bought this book because I loved its premise - upon a person's 16th birthday, they are turned from 'ugly' (read: normal), to 'pretty', in an operation that maximises their evolutionary appeal and usefulness, with ceramic teeth and perfect vision. It's set 100 years in the future; people in today's society are known as 'rusties', with pollution having wiped the majority of us out, and things such as anorexia having been abolished with the new government's operation.

At first, I thought probably wasn't the best start for me. I think my own perspective on physical inadequacy (in that I love the idea of being made beautiful, with all the fat sucked out and no health problems) meant that I was rooting for Tally to get the operation she wanted, even though I could tell something wasn't quite right. This turned out not to matter though - you're supposed to root for Tally, and I think what I was feeling was the confusion she was supposed to be going through.

Around halfway, I was thoroughly swept away, and was really disappointed that I wasn't able to buy the next book straight away (as there was no internet where I was staying). The cliffhanger at the end of the book is really effective - I was so invested in Tally that I really wanted to read on.

The world in the book was different to anything I've read before, and I really enjoyed reading about things like hoverboards and bungee jackets, not to mention imagining the pretties and specials. I think it's a contemporary, teenage version of 1984, in that the government is watching (if not as openly as in George Orwell's book) and is very happy to tamper with people's minds to make them conform.

Even though the book is all about becoming 'pretty' - which is what attracted me, and will doubtless attract many others - it's a subtle message that looking that good isn't all it's cracked up to be, and can sometimes come at a price. I really enjoyed it.

Posted by A weary traveller at 21:03 No comments:

I'm finally back from my 3 week holiday to Mauritius - it was much needed! I've settled back into work, although I can't quite say I've unpacked everything yet, haha!

Here are some of my favourite photos from the holiday: 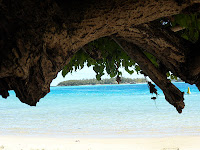 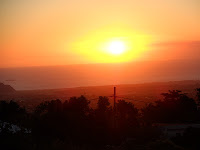 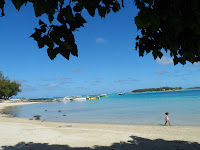 As you can see, it's beautiful over there! I was expecting to be able to read zillions of books, and had bought accordingly. I had a technological disaster though, and my kindle broke! Luckily I had a big paperback with me and was able to borrow my friend's for a bit, but I wasn't able to read my usual amount.

I now am the proud owner of a Kindle Paperwhite:

Woohoo! Anyway, back to the reviews, I'll be posting my thoughts on Uglies, by Scott Westerfeld, soon. Keep an eye out :-).

Posted by A weary traveller at 19:48 No comments: